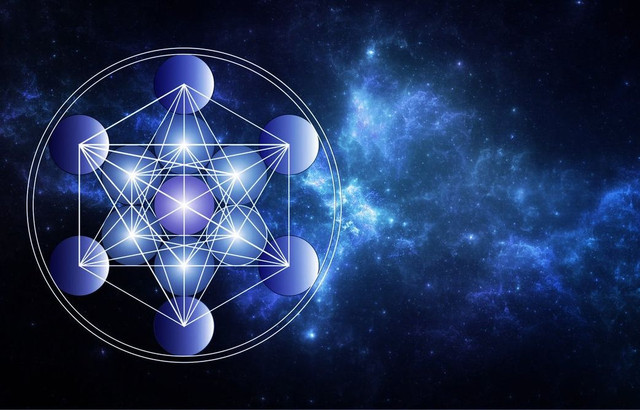 This couldn’t be further from the truth. Saying something like this is what a warmonger would say to generate more war, division, and separation.

Duality is the biggest hack there is.

The state of a being who believes this is the same type of individual who refuses to look deeply at reality for what it is, because they are addicted to the conflicting energy within themselves, because they feed off of it unknowingly through their negative ego. Duality is a deeply unconsciously sick collective mentality.

Duality can be looked at as an Individual or a Collective Bi-Polar disorder when the brain (or a collective consciousness) is not coherently functioning within itself. One side of the awareness doesn’t understand or see what the other side of the awareness is doing. And it doesn’t understand how to work coherently as one unit from the middle (the mid-brain).

The polarized yin-yang representing duality also = confusion. This symbol of awareness is not supposed to be polarized, because it represents the torus. THE TORUS IS NOT POLARIZED. A torus is a unified perpetual self-sustaining, and self regenerating flowing form of living light. The torus is Source Energy, made of light. When you have light, you have the Source energy that is made of that light. Light is Source Energy, which creates all things, and is all things. So when you don’t have darkness, you still have light, because Source Energy is light (which creates all things).

However, darkness is also light.

A common mistake is mistaking darkness for unbalanced, traumatic energy, and overly egoic energy that needs to be transmuted and balanced.  Darkness does not have to only be negativity, pain, triggers, anxiety, fear, negative ego, etc. Actual darkness in the purest form is only is the empty space for light to exist. Just because there seems to be a lack of light that your eyes cant see, doesn’t mean that the light isn’t there.

The term darkness is commonly used to describe negative satanic forces or psychic attack or negative thoughts and emotions you don’t want. You can call negativity darkness, or you can look at things positively and call darkness an empty space full of light. Like a vacuum. Science has recently proven with Unified Physics that empty space is not empty at all. Empty space is full of energy down to the centimeter cubed full energy to a massively proportionate amount of light. Which means that DARKNESS IS EMPTY SPACE AS UNLIMITED POTENTIAL AS PURE CONSCIOUSNESS FOR CREATION TO TAKE PLACE. 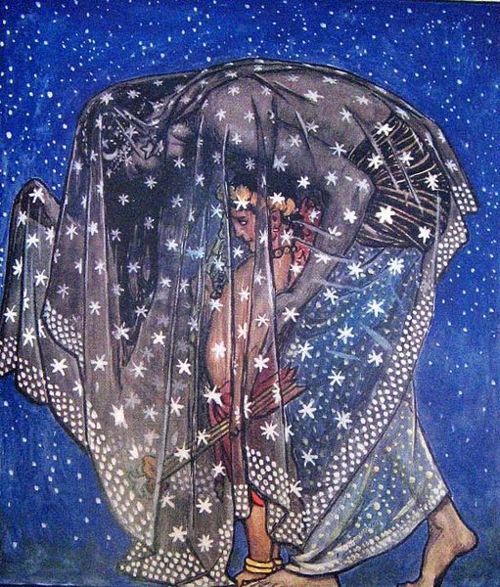 The Ancient Egyptian Goddess Nuit (pronounced knew-ee) will show you how darkness works. She is the cosmic mother who holds space for all creation to take place and rise into Ascension into higher balance and evolution. She is the deepest space and the darkest depths of night. However she is not a psychotic mother who is overly triggered and terrorizing her children. She understands the need for being an overseeing and ever watchful cosmic parent that will always be there when she is needed.

Another common mistake is to believe the silly notion that you need traumatic experiences, pain, hurt and injury to grow, because it will make you better or stronger somehow.

There is no logic behind duality. Duality is a cosmic clown circus show ran in an artificial simulation, by an artificial entity. This artificial entity feeds of the pain, fear, and trauma from humans by getting them to believe they need pain, trauma, darkness for their lives to be “normal” because it seems to work. This entity also gets country leaders to believe war is necessary for their society to prosper so they also believe that if they don’t create the conflict then somebody else will. Pain, hurt, darkness, and war is not necessary. UNCONDITIONAL LOVE IS NECESSARY.

All the conflict you see today and that you have seen in past civilizations in egypt, atlantis, and lemuria have originated from the Angelic Wars in the Higher Dimensions. You may know the story where 1/3 of the Angels in Heaven decided they wanted to leave and do what they wanted, which were things that weren’t within the coherent and harmonic laws of creation. What they don’t tell you is that what they wanted to do was go and put their bodies in a giant machine and become half cybernetic. The Fallen Angel Lucifer is half black and half white because his right side is halfway taken over by “artificially intelligent” cybernetic parasitic technology. The human body is not technology and when you play with things that you don’t understand, especially without understanding yourself, and your own body, negative things happen.

Since then this bi-polar duality sickness has trapped many generations in an artificially perspective-based outlook and belief system of the universe and themselves. Which is why if you meet some of your Dark Higher Selves you will quickly find out that they literally believe the Universe is a giant machine. This is because they were caught up in the karma of the Angelic War since. You can learn more about how to leave duality and take your higher selves with you in this Leaving Duality playlist on youtube.

When you’re in your awakening on earth what you’ll realize is that it is your job to heal your own understanding of your own inner universe. This means that all the dimensions that you can perceive, exist dimensionally inside of your energy field. So when you take responsibility for yourself, you take responsibility for healing all the fallen versions of your Higher Self who have shifted their understanding of their dimensional worlds for the worse, back to the Highest and Best Good for all beings on your soul stream.

Good Luck!! And may the force be with you

Support lightworking in the community for as little as $10, $5, or $1. Hit the donate tab to help this movement grow

One thought on “Why Duality Doesn’t Work”